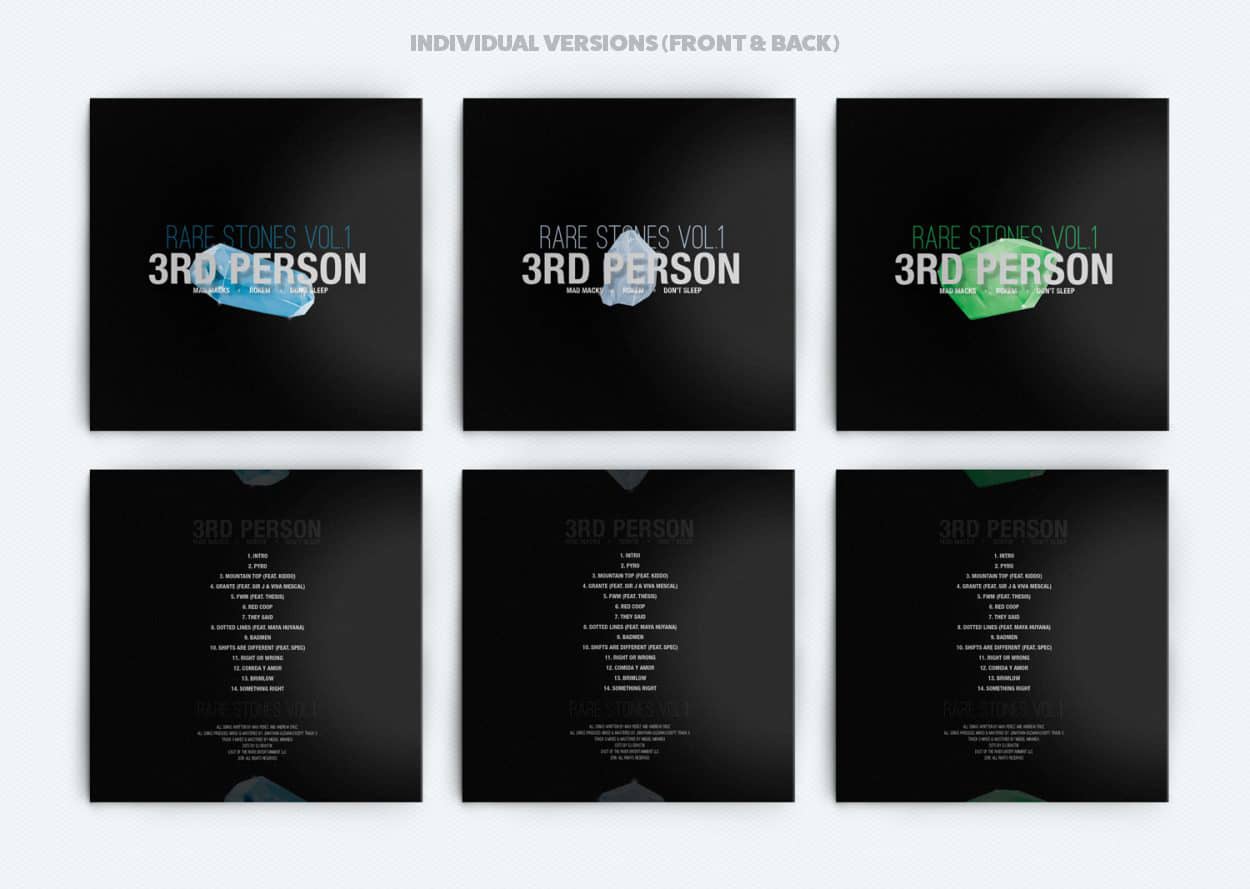 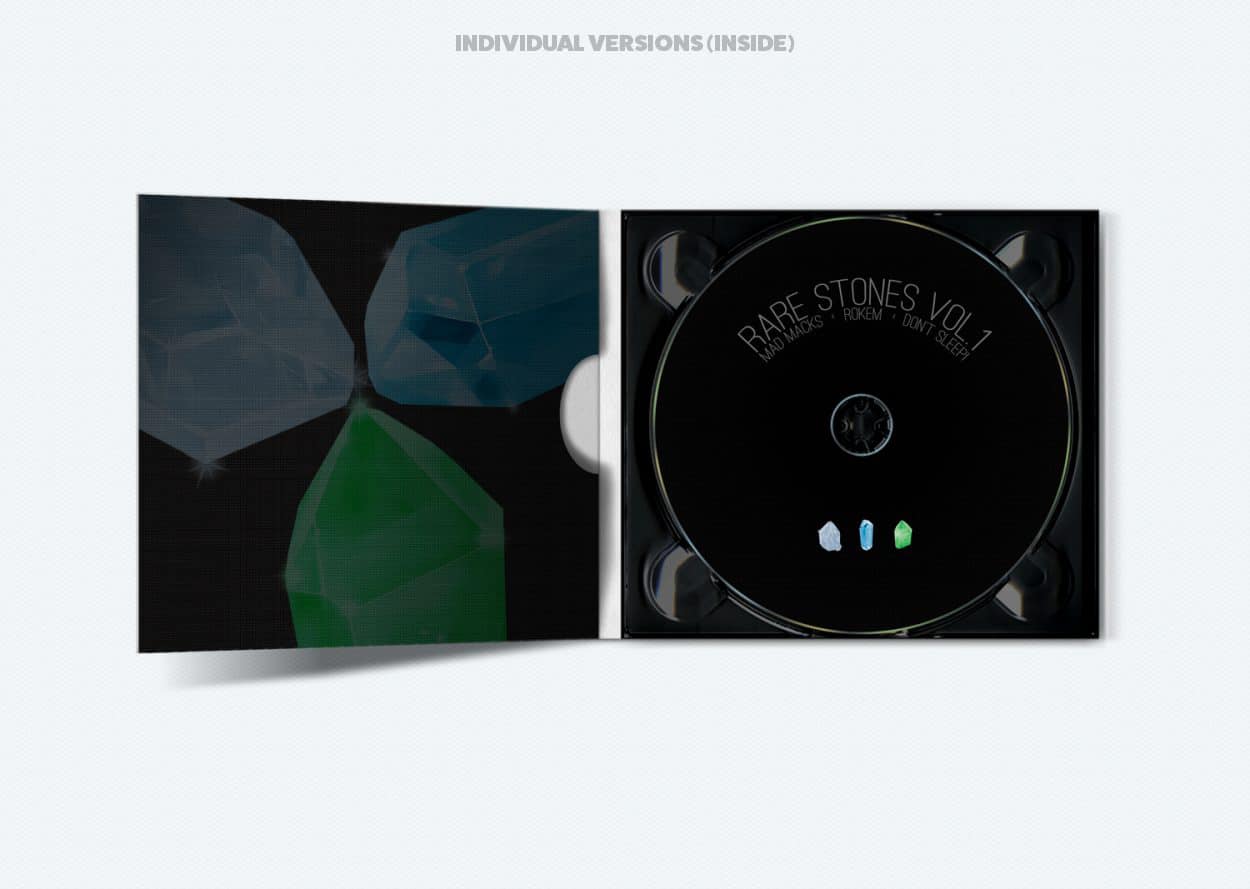 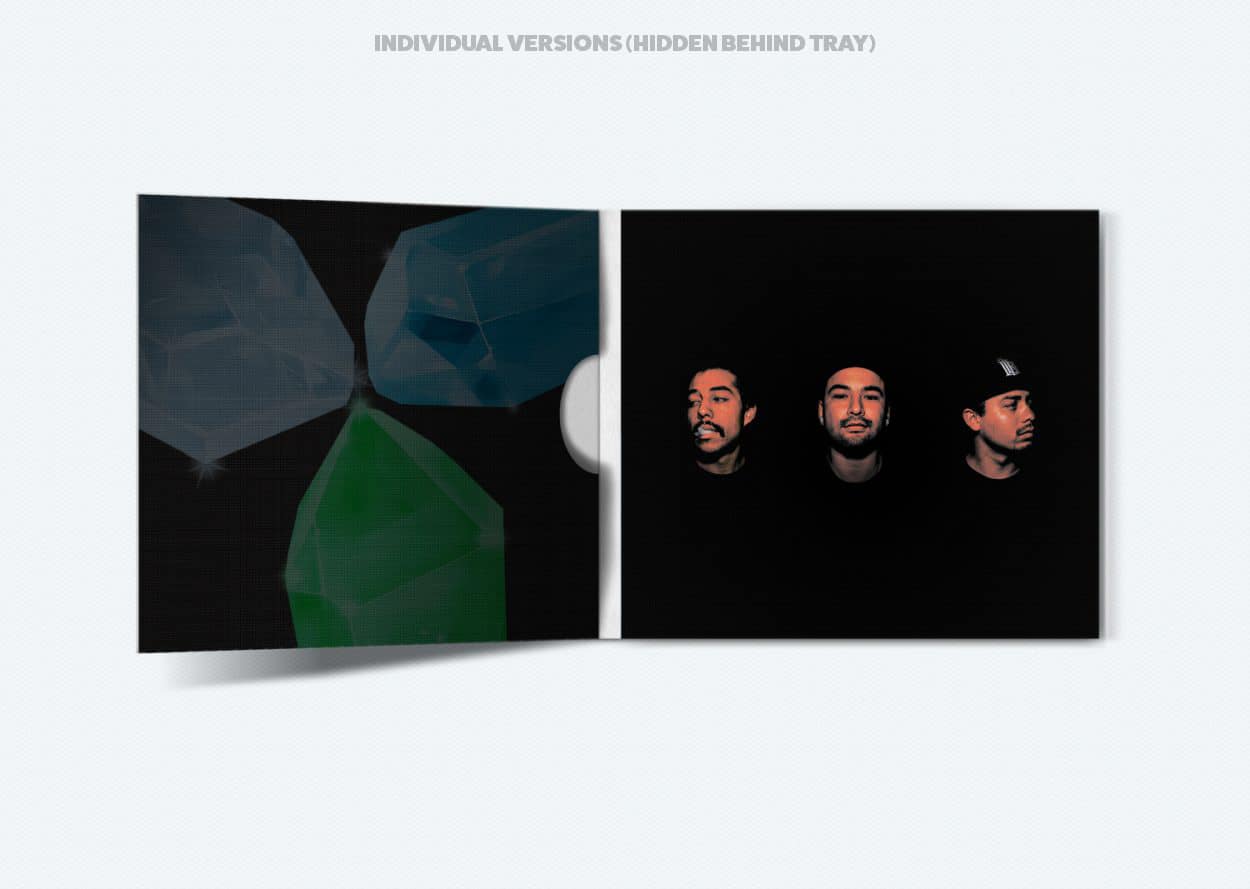 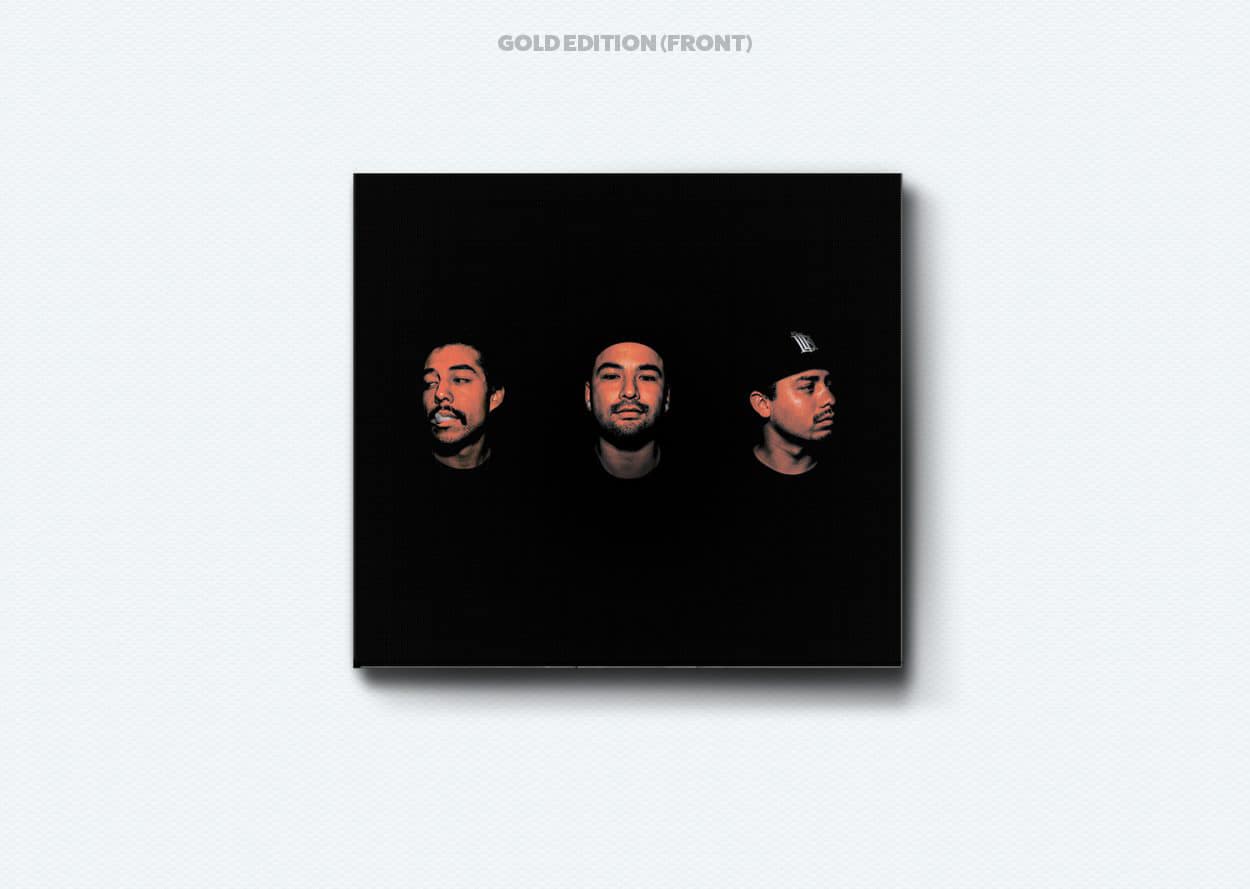 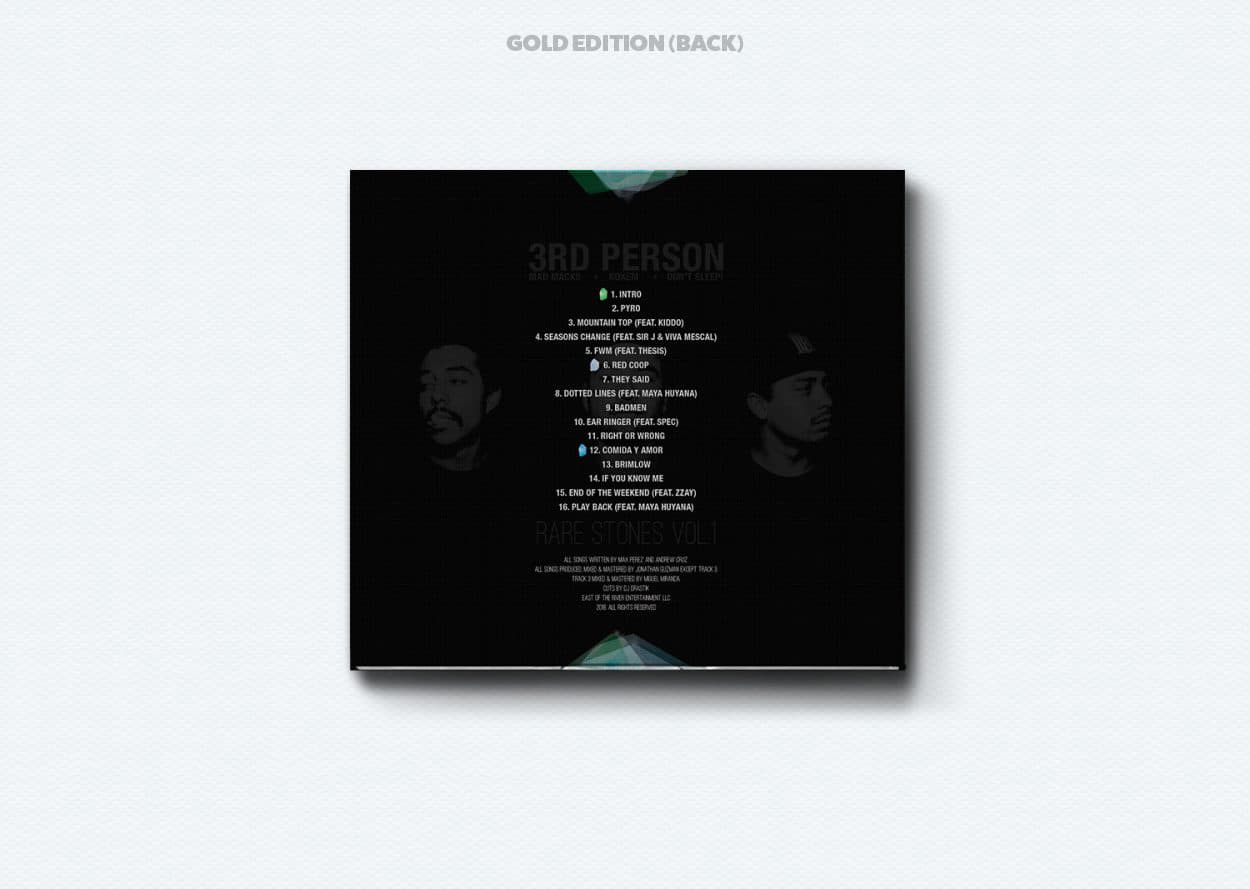 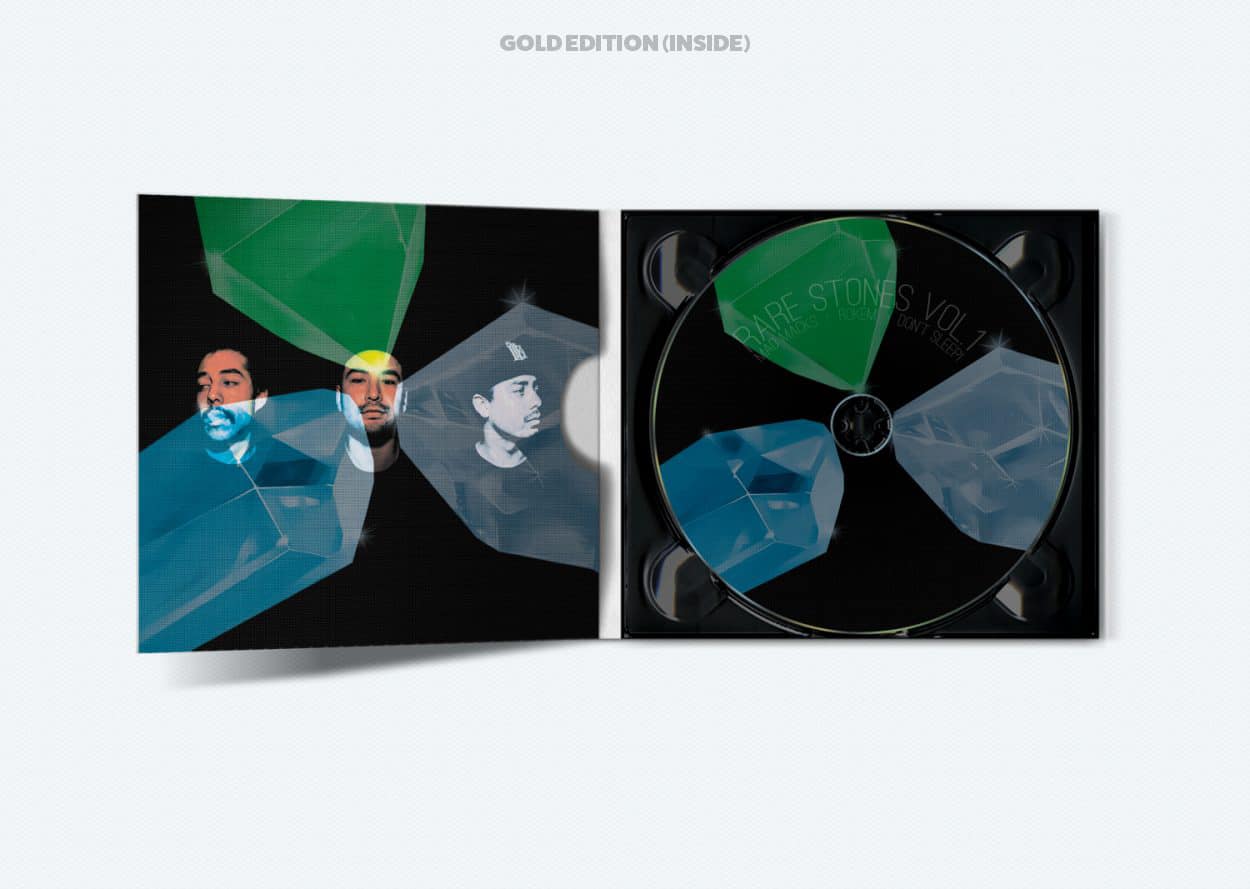 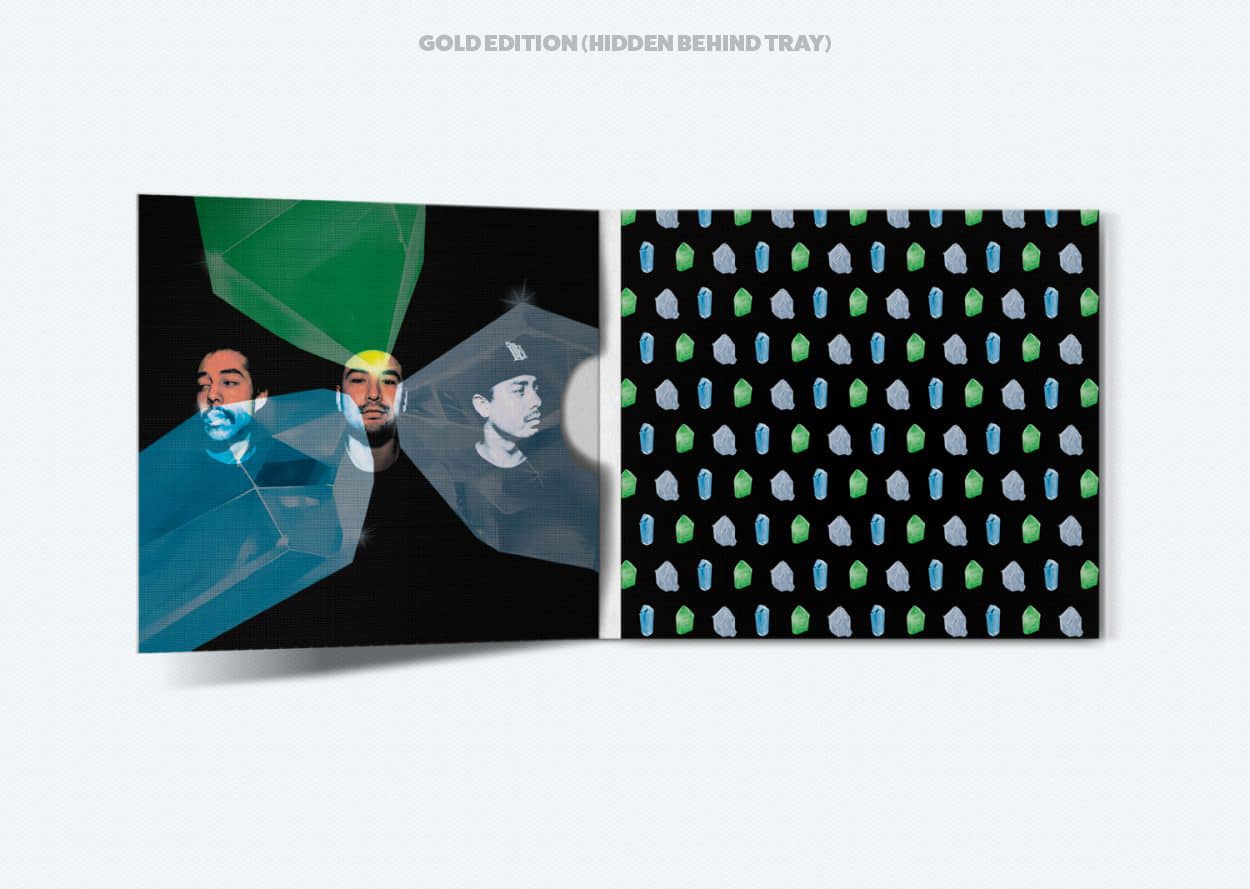 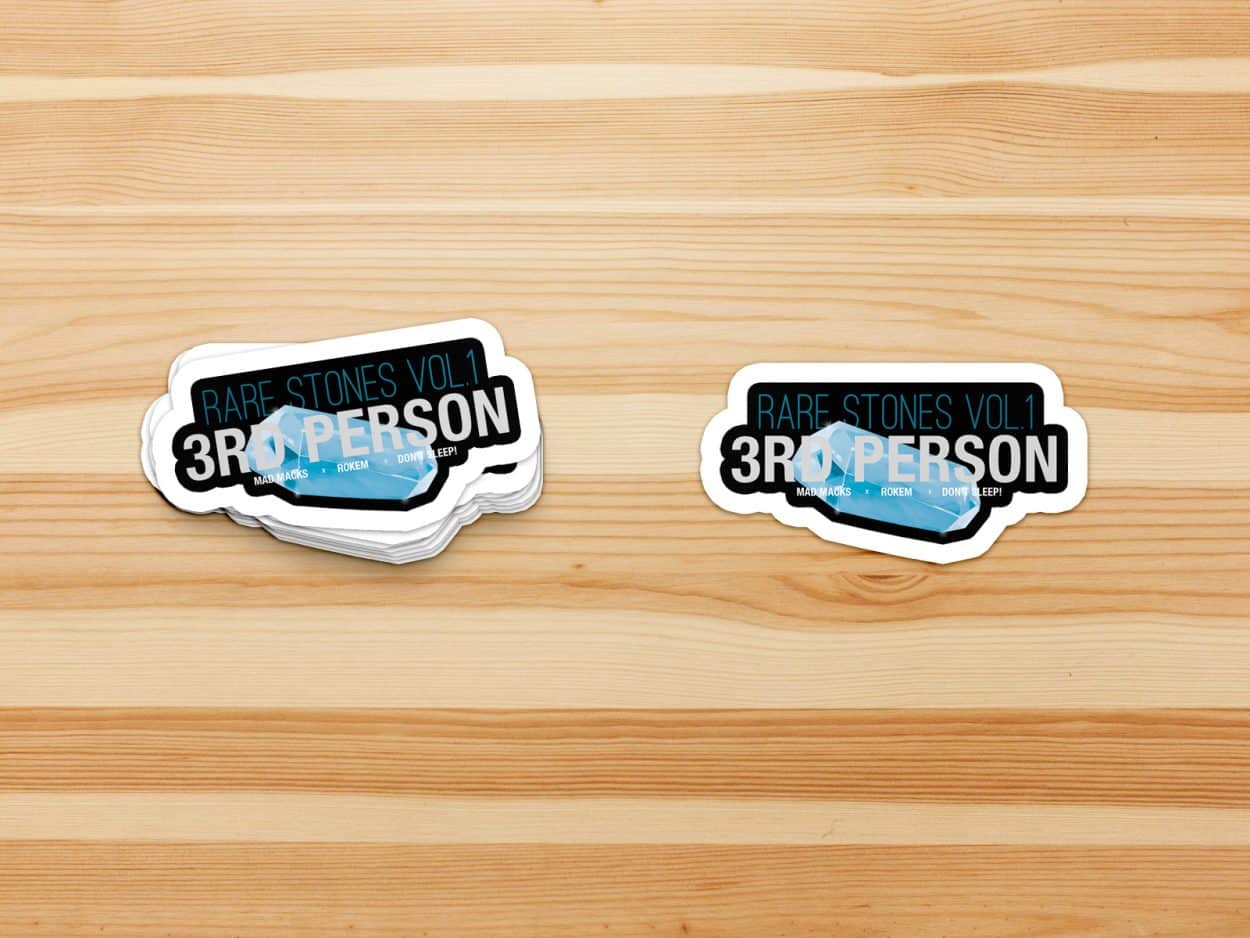 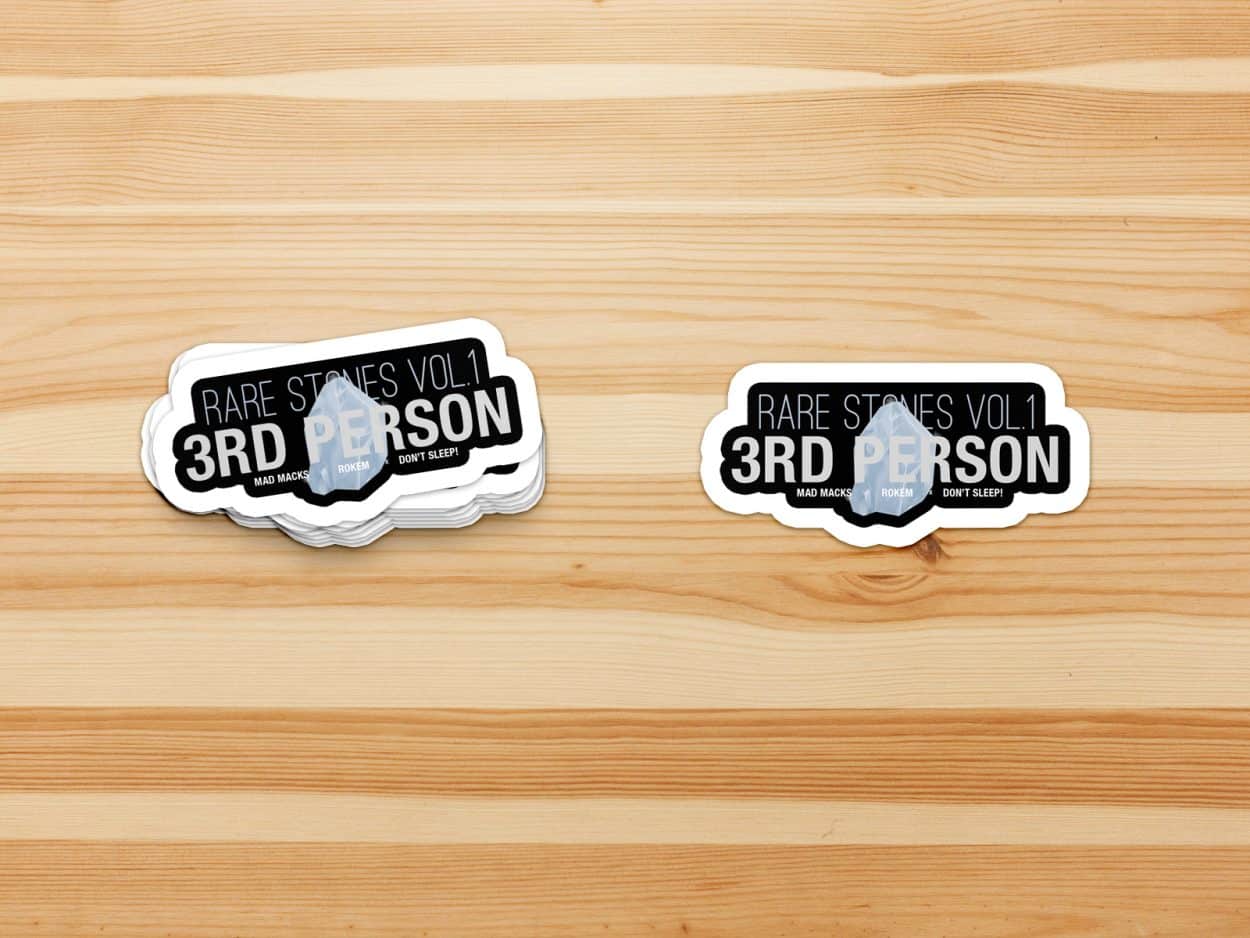 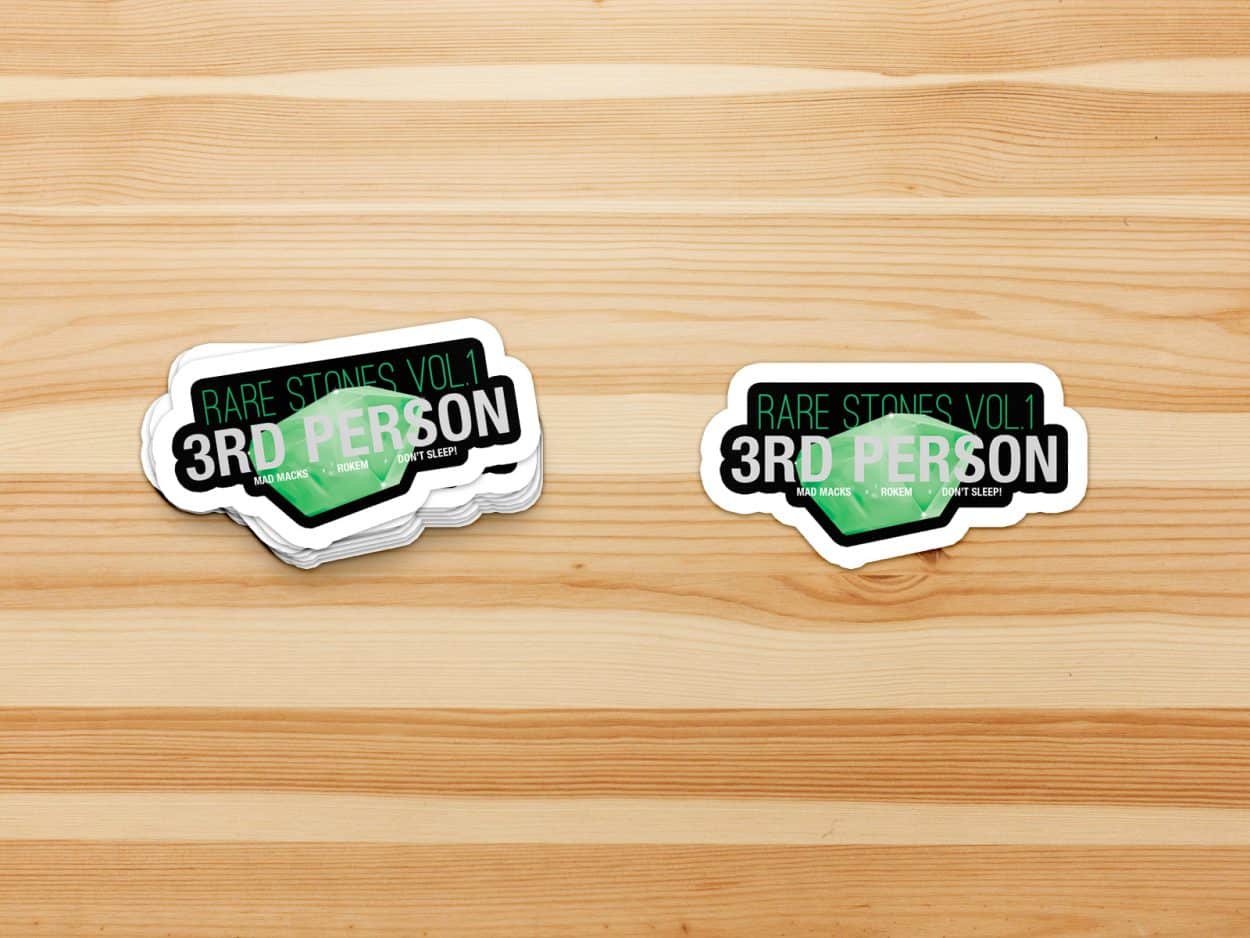 WHAT THEY WANTED:
The guys in 3rd Person were looking for a total of 4 different artwork designs for their newest release “Rare Stones Vol.1”. There are 3 guys in the group and they wanted one to represent each of them and their birth stones as well as a “Gold Edition” that there would only be one copy of.

WHAT I PROPOSED:
I proposed creating 3 designs (one for each of them) that showcased their birth stones but also approached the designs with the idea that the stones represent each of the true “Rare Stones”… the members themselves. With this idea in mind, the Gold Edition was created with the photos of the guys right on the cover. If you are paying the higher price for the “Gold Edition”, it seems like you should get those stones right up front (on the cover)… but for the 3 other copies, I hid the photos of the guys behind the CD tray to represent the idea that folks with that those albums had the same “Rare Stones” in hand the whole time, just didn’t look in the right place.

They were really stoked on this idea and the leverage it gave them for promotion and creating excitement around the release.